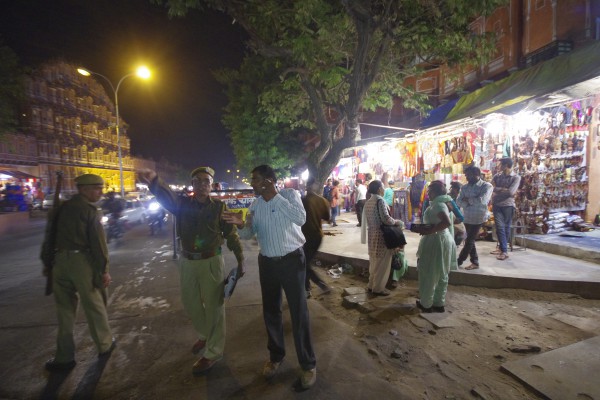 Seeing those men with machine guns at the airport entrance is not a comforting experience. By now we are used to having our passport inspected everywhere, but this time that is not enough. Only those who can show a ticket are allowed to enter the terminal building. Our case is an eventuality they are not prepared for – that someone might have an electronic ticket which they can only present in digital form. Or maybe they are: a man appears with a long list of names. Several metres of fan-fold paper containing all known data of those that will depart from this airport today. They give us the list and ask us to find our own names among all that passenger data. Only then are we allowed to enter. Still holding the list, that is – we are supposed to hand it over to the colleagues at the counter inside.
12 hours later, as I show my passport to the German immigration official, I feel relieved. For the first time I can rest assured that German data protection rules will be applied as my identity is checked. I never felt such an intense sense of protection resulting from these rules as I do at this moment.
That’s how a three-week journey to India ended for me in November 2013. Is was an exciting trip with a lot of new experiences. What stuck most in my mind is how much surveillance the Indian population and their visitors are subjected to:

For every stay in a hotel, our passports were copied and we had to pose for a photo. Travelling on a train was not possible without giving the passport number either, and that’s nothing compared to the masses of data we were asked for when applying for a visa or buying a SIM card. To enter a railway or subway station, we had to have your luggage scanned and walk through a metal detector. CCTV cameras are a regular feature of the urban environment.

I spoke to Indian people who expressed pride of being in the world’s largest democracy (by population size). When I responded that this amount of surveillance makes democracy a farce, they only shrugged their shoulders. To coordinate this vast number of people, they said, there have to be restrictions, and they considered it a much larger challenge to provide security in this country with all its poverty, compared to wealthy Europe. Living in conflict with the neighbouring state of Pakistan and experiencing very real attacks on the population and also on tourists has deeply embedded itself in the Indian mind. And I caught myself thinking with a kind of double standard as well. Maybe, after all, this is not so wrong for this country? Can’t I actually consider myself a bit more safe with this government’s pervasive surveillance? My journey to India made me realise why these arguments work so well in Germany, too. But in that airport, the surveillance clearly did not increase my personal security. You do not really want to travel on your own as a woman in chauvinist India. The exclusively male staff at the airport did not hesitate to demonstrate their power to me as a single female traveller, and to try shaming me. If my male travelling companion is not allowed to enter the airport for security reasons, it subjects me to additional and palpable insecurity. And I don’t even want to think what an evil-minded person could have done with that list of plane passengers.

There was one thought that calmed me though. Most data registration was still done in an analogue way, using pen and paper. The imperfections of Indian organisation led me to believe that data would not be connected very efficiently – although it was clear that this would only be a matter of time. At the 30th Chaos Communication Congress (30C3) in late December 2013, I learned that the amount of data that is already digitally registered and connected is much larger than I had feared. India shows us today what our own future could look like – if we were to give up the fight against surveillance as a lost cause.

I would like to recommend two 30C3 talks about this issue. Maria Xynou describes a horror scenario come true:

She describes how masses of data are put together in a central datastore. What happened with the list of plane passengers on a short scale also takes place in India on a large scale. India has a lot of laws on surveillance, but none on privacy and data protection.
This view is supported by Kaustubh Srikanth, who also gave a haunting talk about what is happening in his home country on the following day.
There would only need to be one “evil Snowden”, he said. Someone with access to these enormous amounts of data who makes it openly available on the Internet, without the political sensibilities shown by the real Edward Snowden. All of India would be exposed naked. Xynou and Srikanth explained how the Indian population was forced by economic pressure to supply their biometric data to the central database. In India, surveillance can take place for any reason at all. And the information is being abused already: politicians have people who speak out against them arrested.
It seems that what we are fighting against in Europe has already happened in India. That should motivate us to defend our freedoms with all our power.

But Xyrou and Srikanth are still optimistic. While more and more people here are throwing in the towel, they are both are convinced that they can change things for the better, even though the situation seems much less hopeful in India. And Srikanth explains why: there has been a large protest movement against corruption in India in recent years, and it has achieved a lot. That is his ambition with respect to privacy as well. At the “Freedom Not Fear” (“Freiheit statt Angst”) rally in Berlin last autumn, he saw how it was possible to get thousands of people onto the streets protesting about these issues. That gave him a lot of courage.

Compared to other countries, we in Germany live in a data protection wonderland. In the meantime, as much as a sixth of the world’s population is being attuned to the thought that surveillance is completely normal and a necessary evil. While we are debating data retention, facts are being created over there that are much more horrendous. And India is not the only populous surveillance state. If we add China to the picture (as discussed in another 30C3 talk), we have as much as a third of humanity being constantly spied on and brought to heel. 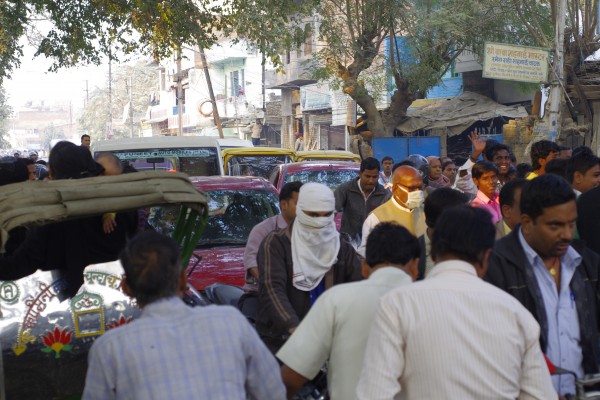 Our resistance is not only helping us. It has a signal effect abroad as well – for politicians and also for people who are fighting against a much larger goliath. When Srikanth points out at the end of his talk how important the Berlin “Freiheit statt Angst” rally was for him, it sends a clear message to me: while we in the German “movement” quarrel about the event’s date, we forget what is really important. The important thing is that the rally goes ahead and that we send a signal with it beyond the German border. No squabbling about details and no pessimism must be allowed to stop that.

If we restrict our focus to the inside of our “Fortress Europe”, we will not get very far in the long term, faced with this overpowering belief in surveillance. Because it is not just us who have an effect on the outside world. The outside affects us, too. (Many producers of surveillance technology are companies from India.) We must not forget to ask how we can support people outside of Germany and outside of Europe, and we need to become aware of the role model effect that we can have. Because then we can encourage each other, and succeed.

More information:
Maria Xyrou and interviews (in German, some videos with English subtitles)